Is a boys’ school really a good idea? 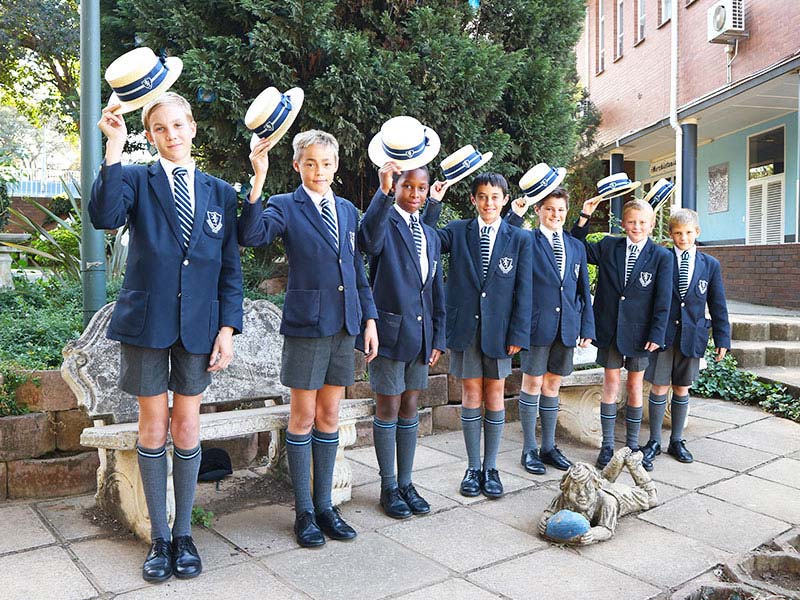 Equality of the sexes

Society has spent years promoting equality of the sexes. Eliminating gender bias has been a huge societal theme for several decades now. Yet single sex schools still survive. Why should this be, and is it a good thing?

The conventional thinking thirty years ago was that co-education would break down gender stereotypes. But that thinking turned out to be flawed. The plain truth is that boys and girls learn in different ways. Says Alan Davison, a British Principal with experience of both co-ed and single sex education: “Men and women’s brains are different. It is crucial that we in education recognize that.”

Anecdotally you will have heard many arguments:
• “Boys schools are fun” “Boys in boys’ school are able to do boy things” “It’s easier to teach in a homogeneous classroom: mixing boys and girls means neither gets the best.” “The staff at single sex schools understand how their pupils learn. They adapt their teaching styles to those specific needs.”
And then the boy and parent comments:
• The boys can’t wait for the holidays to end so that they can go back to school” “Friends made at school are friends for life” And “I feel so jealous that they have such a fantastic time. When I take them to school, grinning from ear to ear, so happy to see their mates, I just wish it were me.” That’s what a boys’ school is like.

There are other considerations too. Many people will tell you that in single-sex schools, even boys’ schools, social pressures are gentler. Your child can ‘grow’ at his own pace.

Is there credible research to back up the anecdotal evidence?

Researchers at Stetson University undertook a three-year pilot project comparing single-sex classrooms with co-ed classrooms All relevant parameters were matched: the class sizes were all the same, the demographics were the same, all teachers had the same training in what works and what doesn’t work, etc. On the FCAT (Florida Comprehensive Assessment Test), here were the results:

In a January 2008 update on the findings, it was reported that over the four years of the pilot study, 55% of boys in the co-ed classrooms were rated ‘proficient’ on the FCAT, compared with 85% of boys in the all-boys classes. Remember, these pupils were all learning the same curriculum in the same school. And, importantly, many of those boys who earned ‘proficient’ ratings in the all-boys classes, had previously been labelled “ADHD” or “ESE” in co-ed classes.

Researchers at the University of Michigan report that boys in the single-sex high schools score better in reading, writing and maths than boys at co-ed schools. In fact, these researchers found that pupils at single-sex schools had not only superior academic achievement, but also had higher educational aspirations, more confidence in their abilities, and a more positive attitude to academics than pupils at co-ed schools.

A Canadian ‘before-and-after’ study followed up the effect of a change from co-ed to single sex teaching. Over a five year period, they found that absenteeism dropped from 20 percent before the switch to 7 percent after. About 80 percent of pupils in the single-sex set-up passed their final exams, compared with 65 percent before the switch. And, the rate of pupils going on to college almost doubled.

Is the research from North America supported by research in other countries?

Some British experiences:
In June 2005, researchers at Cambridge University found that the single-sex classroom format was ‘remarkably effective’ at boosting boys’ performance particularly in English and foreign languages, as well as improving girls’ performance in maths and science.

The researchers were particularly interested in gender-atypical boys: boys who are not sporty, for example. How do these pupils fare in the all-boys classroom? Their findings? “Interviews with [these] ‘non-macho’ boys suggest that these boys did not feel exposed in single-sex classes. . . .Such boys told us – without exception – that they felt at ease and comfortable, that they did not experience bullying or aggressive behaviour from other boys, and that they were not intimidated by the atmosphere in all-boys’ classes.”

Britain’s National Foundation for Educational Research was commissioned to study the effect of school size and school type (single-sex vs. co-ed) on academic performance. The Foundation studied 2,954 high schools throughout England. They found that, even after controlling for pupils’ academic ability and other background factors, both girls and boys did significantly better in single-sex schools than in co-ed schools.

The Australian Council for Educational Research (ACER) also compared the performance of pupils at single-sex and co-ed schools. Their analysis, based on six years of study of over 270,000 pupils, in 53 academic subjects, demonstrated that boys who were educated in single-sex classrooms scored on average 15 to 22 percentile ranks higher than did boys in co-educational settings. The report also documented that “boys in single-sex schools were more likely to be better behaved and to find learning more enjoyable and the curriculum more relevant.”

What about a less euro-centric test?

Single-sex schools break down gender stereotypes to produce not just better pupils; but more well-rounded people
Most of the studies comparing single-sex education with co-education focus on grades and test scores as the parameters of interest. But it is important to recognize that the benefits of single-sex schools are not only academic. Just as significantly, single-sex education has been shown to broaden pupils’ horizons, to allow them to feel free to explore the own strengths and interests, not constrained by gender stereotypes.

And then another variable altogether: namely, breadth of educational opportunity. Boys in all-boys schools are more than twice as likely to pursue interests in subjects such as art, music, drama, and foreign languages, compared to boys of comparable ability who attend co-ed schools. Indeed, those in co-ed settings are less likely to take courses in the arts or tackle advanced academic subjects, simply to avoid being typecast as a ‘nerd’.
What happens when pupils ‘go out into the ‘real world’?

The University of Michigan researchers quoted earlier in this article later reported that the beneficial effects of single-sex education don’t end after pupils leave the school. They found that graduates of single-sex schools were more likely to go to a prestigious college, and more likely to aspire to graduate school or professional school, than were graduates of co-ed schools.

In summary, some good reasons for choosing a single sex school

We cherish and celebrate the diversity among boys. We understand boys. We know what makes most boys ‘tick’. But we accept also that some boys would rather read a book than play rugby, and that is also alright.
Teachers who understand these differences can inspire every child to learn to the best of his ability.
Academics

The evidence is unequivocal: for example, researchers at Cambridge University who examined the effects of single-sex classrooms in schools in different neighborhoods, including rural, suburban and inner-city schools, found that “using single-sex groups was a significant factor in establishing a school culture that would raise educational achievement.” Also, pupils at the single-sex schools developed better organizational skills, and were more involved in classroom activities than their co-ed counterparts. In boys’ schools boys feel free to be themselves and develop, to follow their interests and talents in what might be regarded as non-macho pursuits: boys in single sex schools are far more likely to participate in choirs and orchestras and learn Latin. music, arts and drama.

Boys tend to soften their competitive edge and become more collaborative in a single sex setting. They can just be ‘boys’ and not worry about what the ‘girls’ might think. Boys have more freedom to explore their own interests and abilities in single-gender classrooms.

Boys have always felt a need to impress girls in the classroom. Girls usually feel as though the boys are forever teasing them. Surely there is enough time in college and in later life to deal with social and other kinds of interaction? We feel very strongly that children are subjected to an avalanche of pressures from every quarter to become adults before they are ready to do so. They grow up too quickly. Let them be children for a few more years. Single sex education with its gentler, more controlled social outlets is just the ticket for many children. It also has a delightful way of encouraging children to be fearless, to be curious, to be enthusiastic – in short, to just be themselves.

The (British) National Foundation for Educational Research concludes: “It would be possible to infer from [our] findings that, in order to maximise performance, schools should … be single-sex” while OFSTED states that “pupils in single-sex schools have a significantly more positive attitude toward learning.”

Maybe a boys’ school is just right for your child.